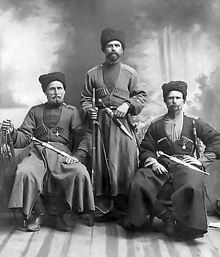 There is hardly a single simple definition for them. They are not a nationality or a religion, they don’t represent a political party or movement and there is still no complete agreement among historians and anthropologists on who the Cossacks are.

In the Wikipedia they are defined as “the militaristic communities of various ethnicities living in the steppe regions of Ukraine and also southern Russia.” Described in a few words, Cossacks are free men or adventurerers. In fact, their name is derived from the Turkish Qasaq, which means exactly that.

There are also different versions of the origin of the Cossacks. According to some historians, in Russia and Ukraine Cossacks were the men who lived freely on the outlying districts. Usually they were serfs who had run away to find their own freedom. 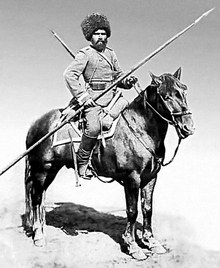 The government tried to find and punish them, but the number of those on the run became so great that it was impossible to catch them all and soon the state had to give up and recognize the newly established communities on its borders. The first such self-governing warrior Cossack communities were formed in the 15th century (or, according to some sources, in the 13th century) in the Dnieper and Don River regions.

Cossacks also accepted Tatars, Germans, Turks and other nationalities into their communities, but there was one condition – they had to believe in Christ. Once accepted into the community, they stopped being Germans, Russians or Ukrainians – they became Cossacks.

Cossacks had their own elected headman, called ataman, who had executive powers and was supreme commander during the war. Rada (the Band Assembly) held the legislative powers. The senior officers were called starshina and the Cossack settlements were called stanitsas. The Cossacks were named by their geographical locations. Some of the most famous ones were the Zaporozhian, Don and Kuban Cossacks.

Painting by I.Repin (Image from wikimedia.org)

Cossack military traditions are strong and boys were trained as warriors from a very young age. As soon as a baby had cut his teeth, he was brought to the church and a service to St. John the Warrior was served, so that the boy would grow strong and fearless, and dedicated to Orthodoxy. At the age of three the child could already mount a horse and by five he was a confident rider. Father would also teach their sons the art of sharp shooting, adroitness and coordination from a very young age.

Recognizing the Cossack’s military skills, the Russian government tried to control them and make them serve the Tsar. However, not all Cossacks were loyal to the Tsar and some participated in peasants’ revolts. The most famous rebellions were led by the Cossacks Stepan Razin, Kondratiy Bulavin and Emelyan Pugachev. 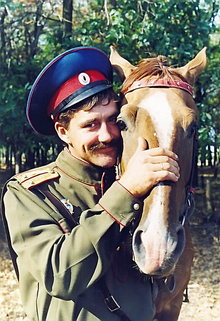 In the 18th century the government turned the Cossacks into a special social estate, which was to serve the Russian Empire. Their main responsibilities were to guard the country’s borders. In order to keep the Cossacks loyal to the Tsar, the government gave them special privileges and vast social autonomy, which they valued.

At the same time the Cossacks, remaining true to their free spirits, mostly respected the Tsar and the Patriarch, but hated state bureaucracy and when they felt the Tsar was unjust they didn’t hesitate to start rebellions. However, especially during the Romanov Dynasty, Cossacks were the most vigorous defenders of Russia. This continued up until the October Revolution of 1917.

After the Bolshevik Revolution

During the Russian Civil War the Cossacks fought mainly for the White Army, therefore, after the victory of the Red Army they were heavily persecuted, their lands were subjected to famine and they suffered many repressions. During the Second World War the Cossacks were split; some fought for the Soviet Union and some supported Nazi Germany.

Many historians say that the reason some Cossacks supported the Nazis was that they saw it as a war against Stalin and against the demonic regime that killed their Tsar and Russia. 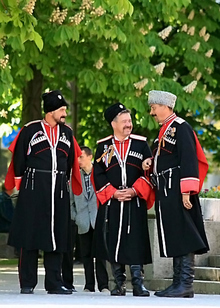 The revival of the Cossacks and their traditions began in 1989, during the Perestroika period. In 2005, Vladimir Putin, then President of Russia, introduced a bill approved at the State Duma that recognized the Cossacks not only as a distinct ethno-cultural entity, but also as a potent military force.


Today there are even special Cossack schools, where, along with the usual subjects like math and literature, students are taught Cossack traditions and history. Vast groups of Cossacks can now be found in the south of Russia and numerous Cossack groups inhabit the northwestern Caucasus, Kuban, Krasnodar and Stavropol regions.