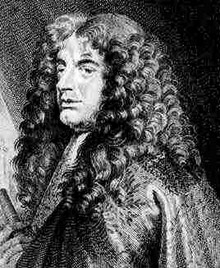 Domenico Andrea Trezzini was an architect from Switzerland who became famous in Russia and throughout the world for his work in the city of St. Petersburg, specifically, the Peter and Paul Fortress.  The fortress would be his most important contribution to St. Petersburg and the world of architecture, becoming an enduring symbol of the Tsar’s great city.  The project would take an astounding 28 years to complete, and Trezzini died one year after its completion, sacrificing several years of his life for the monumental task.

Domenico Andrea Trezzini was born in 1670 in the small Swiss village of Astano, in the vicinity of Ticino.Trezzini’s family was traditionally poor, and no one from the family had ever been known for their wealth.  Nevertheless, over the doorway to their home, the family proudly displayed a shield bearing the family crest.  In the second half of the 17th century, there were two main centers of culture and art on the Italian peninsula – Rome and Venice.For poor Domenico, Venice was closer, and for that reason, more accessible.It was in Venice that Domenico was to begin his artistic studies.The years of study for Trezzini coincided with years of a great productivity in the Venetian artistic community.  Venetian art was in full bloom, and followed the great traditions of Renaissance closer than any other single center for art.

The poor Trezzini, however, was eventually left to face the hard facts of reality; he had to earn money to live, and Domenico left for Copenhagen seeking work.The King of Denmark Christian V had dreamt of creating a strong defensive fortification around his capitol and Domenico rushed north, hoping for a commission.However, fate would have that Trezzini would find no work in Denmark.  After arriving in Copenhagen, Trezzini found that Denmark had a new King (Frederick IV) and away with the old King went all the plans for fortifying the city.Once again, Trezzini was left in search of work.  However, just because Domenico was left without a commission for the Danish King did not mean that there was no opportunity to be found for him in Copenhagen.

As fate would have it, it was around this very time in 1703 that Tsar Peter the Great was searching for architects and artisans who could design and build fortresses.  Peter had succeeded in conquering a large amount of land from the Swedes in the Great Northern War not too long ago, and was planning and building his capitol of St. Petersburg on his newly acquired territory.  However, the time was not yet ripe to freely construct his city and ports.  Peter knew first and foremost that he could only build his dreams after he had fortified his new territory.  Peter sent his ambassadors across Europe looking for artisans with the appropriate skills to entice them to come to Russia and work for the Tsar.  It was during this time in Copenhagen that Domenico met Andrey Izmailov, one of Peter’s envoys.  Izmailov knew immediately that Domenico was the man that Peter needed.

The contract proposed to Trezzini for one thousand Russian rubles was something the Swiss architect had never before seen; it seemed to Trezzini that fate had walked through the door and bestowed fairy-tale riches on the noble architect from a poor family.  Trezzini left for Petersburg immediately to start a new life for himself, leaving behind his wife and the only life he had known up until that point.

Trezzini’s first major assignment in Russia was Fort Kronshlot, a defensive fortification to be built at the mouth of the Neva River into the Gulf of Finland to protect the new city from Swedish attempts to retake the territory.The fort itself has not survived the ravages of time, nor have any models or blueprints survived after its construction.There are, however, a few engravings of the fortress from the period that can give us an idea of how the powerful fortress must have looked in the middle of the Gulf of Finland; a soaring tower with cannons on all sides.The tower itself designed to resemble some of the most famous and tallest church-bell towers in Russia, only instead of bells, the ringing sound of cannons would pierce the air from its thunderous belfry. 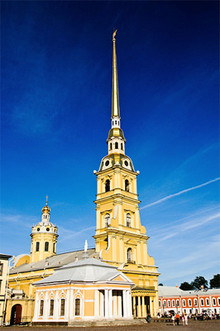 Only two months after the construction of Kronshlot, the Swedes decided to try their luck.  On July 12, 1704, a Swedish squadron appeared on the horizon.The fortress was bombarded for two straight days.  But the fort withstood the shelling, without taking considerable damage.  While it is true that the Swedish boats also did not suffer heavy losses, they also, however, did not try to press their advance into the mouth of the Neva.  It was a victory for Russia, and the Tsar was proud of Trezzini.The Swiss architect had proved his worth to the Russian Tsar.

The Peter and Paul Fortress

After more royal commissions in the Russian city of Narva, the summer of 1705 would see Trezzini return to the shores of the Neva for work on the construction of St. Petersburg.  Before him lay the task of being responsible for the Peter and Paul Fortress, without which it is impossible to imagine contemporary St. Petersburg.

Trezzini began his work in the year 1706, which would prove to be a turning point in the life of the architect.  The fortress, while blockading the city of St. Petersburg from the Swedes, would also prevent Trezzini from returning to Europe in his lifetime; the architect would give the last 28 years of his life to the project and live out the rest of his days in Russia.

Work on the fort would prove taxing and drawn out.The original fortress had already been constructed out of wood and earth, and it was Trezzini’s task to completely reconstruct the massive fort in stone and brick.  The fort’s main purpose was to serve as a last line of defense at the mouth of the Neva River in St. Petersburg to protect it from the threat of a Swedish attack.While the fort never fulfilled its original purpose (the Swedes never attacked), it also became a vast and multifunctional complex, serving a variety of other purposes, including use as the city’s main garrison and as a prison for noteworthy political prisoners.The fort is also home to the Peter and Paul Сathedral, the final resting place of most members of the royal family from Peter the Great forward, as well as the tallest church tower in downtown St. Petersburg.

The tower structure itself was completed in 1720, and stories are told of how the Russian monarch with his close friends and family approached the fort on one fateful day, August 21 of that year, in order to view firsthand Domenico’s handiwork.  Trezzini met the Tsar at the gates, and the Tsar, upon greeting him let out a laconic “Show me!”  As they climbed the stairs to the very top of the tower, the Tsar’s anticipation grew with every step, until finally upon reaching the top he froze with excitement at the view of his city laid out before him as he had never before seen.

While Trezzini worked on other projects in St. Petersburg, constructing some of the residential palaces and buildings on numerous islands in the city, the Peter and Paul Fortress remains the most enduring and visible symbol of his legacy.  Today it is one of the main attractions in St. Petersburg, and the fortress itself has become inseparable from the very identity of the city.  The majority of the work was completed one year before Trezzini’s death in 1734 at the age 64.  Additions would be made to the fort until 1740.  Domenico Trezzini, the poor Swiss architect who came to Russia to find fame and fortune, left behind a number of famous Russian disciples, numerous masterpieces across St. Petersburg, and the Peter and Paul fortress, the enormous project to which he would dedicate most of his life.