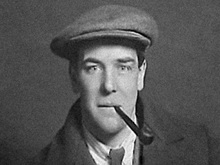 Pyotr Leonidovich Kapitsa was an outstanding physicist, an Academic of the Soviet Academy of Sciences, a member of the Academy’s General Committee, twice a Hero of Socialist Labor, a physics Nobel Prize winner and the winner of two Stalin Prizes. He invented the pulse method of creating super strong magnetic fields and a machine for adiabatic helium cooling.

Kapitsa was born in Kronstadt, into the family of a teacher and a military engineer. After graduating from Kronstadt’s non-classical secondary school, he entered the electromechanical faculty of the St. Petersburg Polytechnic University and soon was engaged by professor Abram Yoffe in scientific research in this department.

In his youth Kapitsa often traveled abroad with his family. In 1916 he went to China to fetch his fiancée Nadezhda Chernosvitova who was living in Shanghai with her brother, a Russo-Asian bank employee. A month later Kapitsa married her in her father’s estate “Priyutnoe” in the Yaroslavl Region.

Within a year their son Ieronim was born. During this time Kapitsa published his first scientific works in the “Russian Physics and Chemistry Society” magazine. Because of the on-going war, Kapitsa only managed to graduate from the university as an electrical engineer in 1919. Starting from 1918 for a period of three years, he lectured at the St. Petersburg Polytechnic University. In winter 1919 a Spanish flu epidemic took almost his whole family: his father, his son, his wife and their newborn daughter.

In 1920 Kapitsa, together with Nikolay Semyonov, suggested a method of determining the atomic magnetic moment, which was published two years later. In May the following year Kapitsa went to the UK as a member of the Academy of Sciences commission sent to Western Europe to restore scientific ties broken by the war and the revolution. A month later Kapitsa started working in the Cavendish Laboratory. The chief of the lab, Ernest Rutherford, agreed to take him on for a short while as a trainee. The young Russian physicist’s mastery of experimentation and cunning engineering impressed Rutherford so much that he secured a special subsidy for Kapitsa’s works.

During his years in England Kapitsa worked hard and achieved significant success. In October the first meeting of the Physics Discussion Group of Cambridge took place. The group was later named the “Kapitsa Club.” In June 1923 Kapitsa received a Ph. D. from Cambridge University. In January 1925 he was appointed Deputy Director of the Cavendish Laboratory on Magnetic Research. In March 1929 he was elected a corresponding member of the USSR Academy of Sciences and in May of that same year became a member of the London Royal Society. In November 1930 the Royal Society Council allocated 15,000 pounds to build a laboratory for Kapitsa in Cambridge. The formal opening of the laboratory took place on 3 February 1933 and was widely reported on by the English press.

In April 1927 in Paris Kapitsa married Anna Krylova, an academic’s daughter, who had emigrated from Russia together with her mother in 1919. A year later their son Sergey was born. He later became a physicist too. In 1931 their second son Andrey was born. Today he is a geographer.

During the 13 years of his successful work in England Pyotr Kapitsa remained a loyal citizen of the USSR and kept doing all he could to help the development of science in his homeland. Thanks to him, many young Soviet physicists had the opportunity to work in the Cavendish Laboratory. The works of Soviet physicists were published in the “International Physics Treatise Series,” of which Kapitsa was a co-founder and the editor-in-chief. All this, however, didn’t stop the Soviet authorities from annulling his visa when, in autumn of 1934, Kapitsa came to his homeland to see his loved ones and read a series of lectures in Leningrad, Moscow and Kharkov. He was summoned to the Kremlin and told that starting from that moment, he would have to work in the USSR. His wife returned to their children in England and he stayed with his mother in Leningrad. On 23 December the building of the Institute for Physical Problems was inaugurated in Moscow. In 1937 Kapitsa’s international physics discussion group began meeting at the Institute. It was later nicknamed “Kapichik” by the physicists and became an all-Soviet group.

In 1945 a special committee was created that was tasked with the creation of a Soviet nuclear bomb. Kapitsa became a member, but the work there depressed him, and he asked to be relieved of the post, invoking the authorities’ displeasure. The following years he had to work in a home lab. 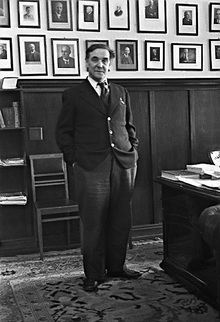 In 1947, when the Moscow State University’s physics faculty was created, with Kapitsa as one of its founders, he became the head of department of general physics. In September he started reading his lectures. At the end of December 1949 he refused to take part in formal sessions dedicated to Stalin’s 70th birthday. The authorities deemed this a demonstrative act and immediately relieved Kapitsa of his work at the Moscow State University. After the death of Stalin and the arrest of Beria, the general committee of the Academy of Sciences made the decision to “help Academic Petr Kapitsa in the work he conducts.” The Physics Laboratory of the USSR Academy of Sciences was created and Kapitsa was appointed its head.

In January 1955, Kapitsa again became the director of the Institute for Physical Problems (in 1990 the Institute was named after him). In July he was appointed editor-in-chief of the leading physics magazine of the USSR, “Experimental and Theoretic Physics.” Starting from 1956 Kapitsa chaired the department of physics and technology of low temperatures of the Moscow Institute of Physics and Technology. In 1941 and in 1943 he was awarded the State Prize; in 1945 he received the title of Hero of Socialist Labor; and in 1974 he was awarded the “Sickle and Hammer” (“Serp i Molot”) gold medal. In 1978 he won the Nobel Prize “for fundamental discoveries and inventions in the field of low temperature physics.”

From his youth, Kapitsa was a physicist, engineer and an overall handyman. These qualities impressed Rutherford during the first year of Kapitsa’s work in Cambridge. Courage was one of his main traits, both as a scientist and as a person. From 1934-1983 Kapitsa wrote over 300 letters to the Kremlin. His intervention saved physicists Vladimir Fok, Lev Landau and Ivan Oberimov from death in prisons and labor camps during the Stalinist terror years. In the last year of his life he stood up in defense of Andrey Sakharov.

Kapitsa was an outstanding scientist. The foundation of his organizational talents was a principle that he wrote down on a separate sheet of paper: “To lead is to let good people do their work.”