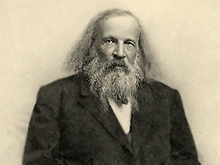 Mostly known in the West for creating the Periodic Table of Elements, Dmitry Mendeleev’s contribution to the development of Russia is huge. A real Renaissance man, his areas of study ranged from chemistry to aeronautics to Arctic exploration to demographics. An influential figure among contemporaries, he was advisor to famous Russian reformist Prime Minister Sergey Witte and penned more than 70 papers on economic and social development of the country.

One of the greatest teachers of his time, Mendeleev took credit for thousands of pupils taking his footsteps. He was in the focus of several big scandals both in his personal life and scientific works. A man of intensive energy and spectacular deeds, he is remembered in numerous anecdotes, jokes and legends.

Dmitry Mendeleev was born in the city of Tobolsk, the unofficial capital of Siberia at the time, to a family of a school director and a daughter of merchant. He was 17th and the last one of his siblings, although this number is disputed. Shortly after graduating from St. Petersburg Institute of Pedagogy, Mendeleev was diagnosed with tuberculosis and traveled Southern Russia with its favorable climate where he worked as a schoolteacher. After recovering, he returned to the capital and received a Master’s in chemistry for his study of silicates at the age of 22. 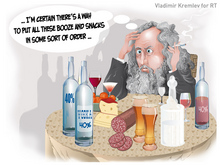 In 1859 Mendeleev took a two-year journey to Germany and other European countries to meet leading scientists and learn from them. In 1865 Mendeleev became a Doctor of Science for his dissertation “On the Combinations of Water with Alcohol”. This work contributed to the birth of a popular legend, which claims that Mendeleev invented the standard for Russian vodka, saying it should contain 40% of alcohol by volume.

This is not true. The only connection the scientist had to vodka production was his work in a state commission on taxation of strong alcohol, while the 40% standard was imposed in 1843, when Mendeleev was nine years old. Mendeleev himself was not even fond of the drink, but was a devoted smoker, jokingly claiming that the smoke killed germs in his lungs. Another weakness was tea, which he specifically ordered from China and personally mixed at home. 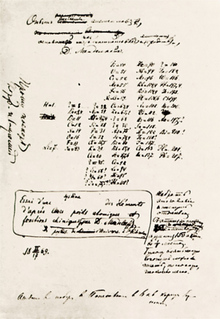 Mendeleev’s greatest contribution to science is certainly the Periodic Table of Elements, which says the properties of basic elements repeat periodically when they are arranged by their atomic number. He made the discovery in 1869 during his work on the award-winning textbook on chemistry basics. The first edition of the book published a year later had the periodic table in it. Mendeleev’s further study resulted in prediction of the properties of elements that had not yet discovered at the time, like gallium or germanium.


A popular legend says Mendeleev saw the periodic table in a dream, which is not true either. The origins of the myth are not known for sure, but it was probably due to the chemist’s impatient temper and his reluctance to explain for a hundredth time how he came up with the discovery. The actual work behind the breakthrough took years, if not decades.

A proponent of applied science, Mendeleev studied vigorously to improve production techniques in numerous areas. He helped build Russia’s first oil refinery, published theories on the origin of oil and predicted that it will become a key component of the world economy. He was the first one to suggest the idea of using pipelines for transportation of fuel in 1863. 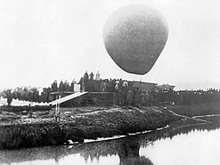 A good example of Mendeleev’s lifestyle as a field researcher rather than a “bookworm professor” was his aerostat flight in 1887. The hydrogen aerostat was meant to lift the scientist high enough to have unobstructed view of a solar eclipse, a rare chance to study the solar corona. However the day of the event was rainy, the balloon got wet and too heavy to lift both the pilot and the scientist. A more vivid, albeit less accurate account says Mendeleev first threw out the pilot from the basket, then all the furniture, and went into the sky.

Scientifically the trip was in vain, the aerostat failing to rise over the clouds, but it was a success as a publicity stunt. The dramatic story of a famous scientist risking his life and forced to make repairs during his first ballooning experience was so daring that the French aerostat meteorology academy awarded him a medal for it. It is worth mentioning that meteorology was among the many areas of interest for Mendeleev. 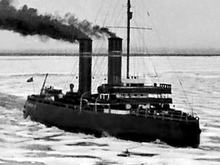 He called for wider use of fertilizers in agriculture and tested various fertilizers on his own estate. Mendeleev’s collection of minerals was among the best in the country. He also invented several improvements to instruments and created a special instrument for measuring a liquid’s density. Serving as the head of Russia’s Bureau of Weights and Measures, he influenced the country’s transition to the metric system.

On a request of the Russian Navy, Mendeleev studied the European experience in production of smokeless gunpowder and developed his own compound he called “pyrocollodion” as well as helped develop the industry in Russia. It’s not clear why the formula was not adopted and French technology was imported instead. Some say it was due to competition among military officials, others cite rather strict requirements for the process proposed by Mendeleev. Nevertheless, a kind of gunpowder very much like his was mass produced in the United States during World War I and was even imported to Russia. 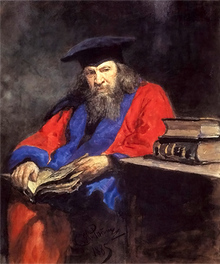 Mendeleev had a hand in the research of shipbuilding and Arctic maritime travel, thanks in large part due to his good relations with the famous explorer and the creator of the Russian semaphore code Admiral Stepan Makarov. Mendeleev helped create Russia’s first ship model basin for testing of ship designs. He also took part in designing world’s first Arctic icebreaker “Ermak”. The idea of making Russia’s northern territories accessible via sea was very appealing for Mendeleev, who strongly argued for more equal distribution of production facilities and population over the country.


Economy and social policy was one of Mendeleev’s favorite topics. He was a strong proponent of protectionism, promoted development of domestic industries, had ideas on how to relatively painlessly turn Russia’s traditional agricultural communities into a basis for a modern urbanized society. In early 1900s he made a study based on a recent nation-wide census with demographical estimates stretching forwards as far as 2050.


A devoted traveler, photographer and collector, Mendeleev was fond of crafting his own bags and suitcases. His serious approach to the hobby resulted in a legend, claiming that merchants in the market where he bought leather and fabric knew him as “Mendeleev, the famous suitcase master”. 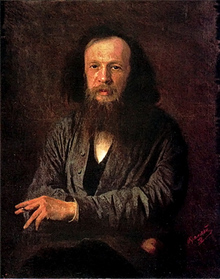 Some of Mendeleev’s works were subject to controversy. His had skeptical attitude towards several scientific theories, like the studies of electrolytes, the discovery of the electron and radioactivity. Some biographers suggest that his criticism of “physical” ionic theory of conductive solutions conceived by Swedish scientist Svante Arrhenius contributed to his never receiving the Nobel Prize in Chemistry, despite his name being on the short list three times. Meanwhile Arrhenius did receive the award for the very theory Mendeleev criticized. Mendeleev was also a proponent of the erroneous “aether” concept and believed it to be an element preceding hydrogen in the arrangement he discovered.

Mendeleev’s personal life was also ridden with scandal when, at the age of 43, he fell in love with a 19-year-old woman and asked his first wife for a divorce. In Orthodox Russia divorce was both shunned and complicated. When the marriage was terminated, the church forbade Mendeleev from wedding again for six years, but he violated the prohibition to a great deal of public uproar and probably contributed to his failure to be elected into Russia’s Academy of Science at the time.

A popular anecdote says he had to plead Emperor Alexander III to permit the divorce. After it was finally put through, people unhappy with their spouses tried to follow lead, indicating Mendeleev’s case as a precedent. The monarch’s response reportedly was “I have plenty of you fools, and only one Mendeleev.” Again, the historical accuracy of this is very questionable.