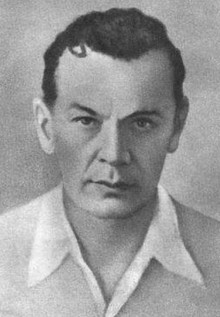 Rikhard Zorge was a Soviet spy in Japan, and was the first to warn Stalin about Hitler’s plan to attack the Soviet Union on June 22, 1941. Later that year he also informed the USSR that Japan had no intention to go to war with the Soviet Union. This allowed the USSR to divert military divisions from its eastern borders to fight Nazis in the western front, which ultimately determined the course of World War II. Despite his immense contributions, Stalin’s own James Bond went unrecognized by the Soviet Union for 20 years after his death.

Of all the prototypes for Ian Fleming character James Bond, Zorge was perhaps the closest real-life analogue to the legendary spy. His work was just as dangerous, his life as exciting, his looks as stunning and his popularity with women as immense as that of Agent 007. Zorge’s contribution to world history is beyond any comparison with the movie hero. Unlike Bond, Zorge could boast that he truly helped shape the history of the 20th century.

Rikhard Zorge was born October 4, 1898, near the city of Baku in present-day Azerbaijan, which at the time was part of the Russian Empire. His father was German, and came to Baku to be an oil miner. While living there, he married a Russian woman. They had four children, the youngest of whom was Rikhard. Rikhard’s grandfather, Friedrich Adolf Zorge, was an associate and secretary to Karl Marx. Some sources even claim that Marx was Friedrich’s great uncle.

When Rikhard was three years old the family moved to Germany, where they bought a house in the suburbs of Berlin. Rikhard started school in Germany, where he proved early on to be a bright student, and was top in his class ntil graduation.

WWI, education and the Communist Party

As WWI ravaged Europe, Zorge joined the German army in 1914. He fought against France and Russia on the Western front, and was injured three times. His third injury was so grave, it left one of his legs 2.5 centimeters shorter than the, which made him walk with a limp for the rest of his life.

Rikhard lost two of his brothers during the conflict. The experience changed his life philosophy: “The First World War greatly influenced my life. Even if I had no convictions before, the mere hatred toward that war would have been enough to make me a communist,” he later wrote.

While in recovery, he developed a relationship with a nurse, whose father proved greatly influential. Rikhard read Karl Marx and became a firm believer in communism. 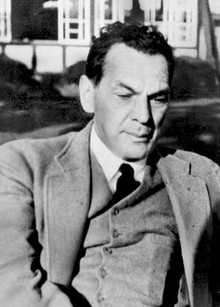 Zorge’s injuries saw him discharged from the army. He then enrolled at Hamburg University to study medicine. However, he soon decided the abandon the field of medicine, and transferred to the Politics Faculty, where he earned his Ph.D. In 1919, he met German communists and joined the German Сommunist party. However, his political views differed from those of his comrades, and he was soon unemployed and friendless. He fled to the Soviet Union, where he became a junior agent for Comintern (Communist International Organization).

Zorge married twice. He met his first wife in Germany, but when he moved to work in the Soviet Union, his first wife divorced him and returned home in 1926.

Zorge stayed in Moscow as Comintern agent, and began studying Russian. He fell in love with his Russian teacher, Ekaterina Maksimova, who became his second wife. Throughout their 11 years of marriage, they were only together for around 6 months in total. While Zorge was away, he kept up correspondence with his wife through the Moscow Comintern office.

Two years after they parted, he traveled to Moscow on business for two weeks. That was the last time they ever saw each other. Soon after his departure to Japan, Katya wrote to him saying she was pregnant, but the Zorges were not fated to become parents.

A year after Zorge was arrested, the KGB came for Katya. She was forced to admit collaborating with the enemies of the people, and received a prison sentence in Siberia. Katya died in a remote hospital in Siberia, just a few months before Zorge’s execution in 1944.

Zorge was recruited as a spy for the Soviet Union, and was sent to various European countries to work as a journalist while he clandestinely assessed the possibility of communist uprisings. Five years later, he was commissioned to China to set up an intelligence-gathering ring and was given the codename of Ramsai (‘RS’ standing for Rikhard Zorge or Sorge). To secure his standing with Germany, Zorge joined the Nazi party in 1933.

While working to improve his connections, Zorge attended so many beer parties with his new acquaintances that he gave up drinking. He was afraid the alcohol could loosen his tongue and blow his cover. Contrary to his fears, Zorge’s abstinence did not make his Nazi companions suspicious, but was seen as an example of his devotion to the Party. He later wrote, "That was the bravest thing I ever did. Never will I be able to drink enough to make up for this time." Drinking was the only way Zorge had to release the tension from his work. Years of strenuous spy work made him a heavy drinker, which in the end came to undermine his work

When Zorge became a prominent party functionary, the Communists recalled him from China and sent him to Japan, which at that time was forging close ties with the Nazis. Zorge was dispatched to explore the possibility of organizing a Soviet resident spy network in Japan, a mission that bordered on the impossible in the xenophobic country.

Zorge took on a few jobs with German newspapers as their correspondent in Tokyo to be able to move around and collect information freely. He became a leading analytical journalist to reside in Japan, his articles regularly published in the Nazi press. Before the WW2 began he took the post of press-attaché in the German Embassy in Tokyo. Being well educated, with impeccable manners, and knowledge of foreign languages Zorge was able to form connections in the highest circles of the Nazi embassy. He started forming a network of agents. 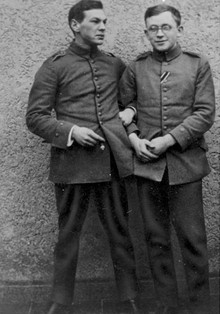 Hotzumi Ozaki became Zorge’s most important source of information. Another valuable source for Zorge was the German military attaché Eugen Ott. He was able to become part of Ott’s circle and was a frequent guest in his house. Ott, with his habit of publicly discussing work issues, was a treasure-trove of valuable information, and Zorge proved to be a good listener. He also used the embassy to double-check his information, having access to telegrams in Ott's office.

Zorge was an enormous favorite of the fairer sex: After his arrest, Tokyo police uncovered at least 20 women who claimed to have had affairs with him. He even had an affair with Frau Ott, which was the ultimate proof of the trust he had earned with the embassy. He paid in full with his health for this playboy lifestyle, however, becoming an even heavier drinker.

Zorge supplied the Soviet Red Army with information about the German-Japanese Pact and warned of the Pearl Harbor attack. In 1941, Zorge is said to have informed them of the exact launch date of Operation Barbarossa, which was to begin around June 20, 1941. Stalin dismissed the report in disbelief. Some sources claimed he even ridiculed Zorge for the intelligence.

He did change his mind when Zorge’s information proved true, with Hitler’s attack on the Soviet Union commencing on June 22, 1941. Later that year, as the country struggled through a bitter fight with the Nazis, Zorge sent another piece of information which strengthened the Red Army: He advised the Soviet Union that Japan would not attack until Moscow was captured. This time, Stalin believed Zorge and transferred Soviet Siberian divisions from the eastern borders to fight the Germans. The Nazi advance was halted a few dozen kilometers before Moscow – a defining moment in the history of the 20th century.

The nerve-rattling work and alcoholism took their toll on agent Ramsai, as the authorities closed in in. His relationship with his bosses in Moscow was also wearing thin – Moscow was becoming annoyed with his independent work style and his carefree attitude. In October 1941, Zorge and his co-conspirators were arrested in Tokyo.

Zorge was kept in prison for nearly four years, and was tortured until he admitted he worked for the Soviet Union. The Japanese approached the Soviet Union three times with offers to exchange Zorge for one of their own spies. But Stalin was deeply offended by Zorge’s betrayal, and declined the offers, insisting he knew nothing of Zorge.

As Soviet tanks reached Germany’s doorstep, agent Ramsai was executed by hanging. Only 20 years later in 1964 did the Soviet Union under Nikita Khrushchev acknowledge Zorge, hailing him a Hero of the Soviet Union. He had streets, parks, schools, museums and districts named after him, monuments built in his likeness and even a stamp issued in his honor. Furthermore, several films were made about his life: ‘Qui êtes-vous, Monsieur Zorge?’ in 1961 in France, and ‘Spy Zorge’ in 2003 in Germany and Japan.