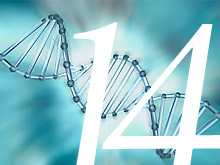 On June 14, 1939, it was announced in the Soviet Union that the science of genetics contravenes the major principles of the Marxist theory and is a bourgeois science unacceptable in a socialist state. These ideas were inspired by the biological doctrine of Taras Lysenko. This doctrine, destined to fit into the socialist ideology, but dreadful in its scientific inaccuracy, had for decades thwarted the development of genetics in Russia.

The surge of Lysenko’s popularity fell in the late 1920s, when the Soviet Union was in turmoil, brought about by natural and economic reasons: the collectivization policy led to unwise produce distribution, while severe winters diminished the crops, leaving the country on the verge of famine. The government was desperate to replenish food supplies. The contemporary genetics, though advancing and producing excellent results and recognized abroad, didn’t promise an immediate solution, but the government needed a quick fix, which worked best for Lysenko, impatient to test or challenge his theories. Lysenko’s peasant origin made him even more attractive, portraying him as the prototype of the ideal proletarian scientist, a salt-of-the-earth guy whose scientific activity served the purposes of the simple people.

Lysenko believed solely in the inheritance of acquired characteristics – changes acquired in an individual's lifetime – thus completely denouncing Gregor Mendel’s theory and all further developments in the field of genetic inheritance, deeming them ineffective and, more importantly, anti-socialist.

As a universal solution, Lysenko suggested vernalization – a method of making seeds germinate quickly in the spring – promising a considerable increase in crop yields. These ideas had already been proposed by both Soviet and foreign scientists, but again, required time for deeper analysis and development. Lysenko, however, was eloquent and determined enough to win himself the status of the pioneer and the privilege to execute the strategy of revolutionizing the Soviet farming industry.

Such an approach played right into Stalin’s hands, and he lent all the political and financial support to Lysenko’s campaign, eventually promoting him to top administrative positions in the scientific community.

Lysenko’s vernalization procedures failed notoriously throughout the 1930s and 1940s, but he got away with it, putting the failure down to the inaccurate execution of his instructions.

Owing his ascent to the outstanding geneticist Nikolay Vavilov, whom Lysenko had later practically doomed to death, he soon strayed from pure science into politics. Securing Stalin’s backing, Lysenko was able to silence many of his scientific opponents who held the truth to Lysenko’s fraudulent theories. Eventually, anyone who dared argue with the “government-approved science” was repressed and, in many cases, condemned to death.

Lysenko’s pseudo-scientific approach seriously affected university curriculums and deprived the scientific community of an entire generation of specialists. The damage Lysenko and his associates caused the country’s agriculture was worth billions of roubles; while the repression of dozens of outstanding academics stagnated the advancement of genetics and other sciences.