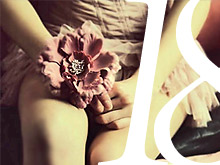 On August 18, 1958, Vladimir Nabokov’s most famous and controversial book “Lolita” was published in the United States. The novel, which has been called a work of genius by some and pornography by others, became an instant bestseller and one of the best-known literature works of the 20th century.

The novel gained huge popularity not only because of its flamboyant written style, but also for its shocking subject matter. The main character and narrator in the book is the middle-aged Humbert, who is obsessed with what he calls “nymphets” – sexually attractive young girls. Humbert eventually becomes infatuated and sexually involved with his 12-year-old stepdaughter Dolores Haze, whom he affectionately calls Lolita.

Nabokov began working on the novel in the 1940s while living in Europe. He finished “Lolita” in 1958, during the time he was teaching Russian literature at Cornell University (Ithaca, New York). The author never doubted that the release of Lolita would be accompanied by scandal and controversy. In conversations with his wife he referred to the manuscript as a “time bomb”.

In December 1953, a 450 page manuscript was sent to the New York publishing house “Viking”. Nabokov soon received their verdict: “you have written a brilliant novel, but whoever risks publishing it will be subject to a fine or even a jail sentence”. These were terrible years in the US regarding censorship, and a string of rejections followed giving Nabokov a similar response to Viking’s.

Lolita soon ended up in the hands of Maurice Girodias. The head of Olympia Press in France, Girodias was better known for publishing novels of a pornographic nature, and although Lolita contained not one explicit sex scene and not a single obscene word, the novel was published by Olympia in Paris in 1955.

The book failed to attract much attention from the audience, at least until Graham Greene of the London Sunday Times included the novel by the little-known Nabokov in his list of the three best books of 1955. Contrary to this, prominent London editor John Gordon expressed his outrage over the novel, saying, “Without doubt it is the filthiest book I have ever read. Sheer unrestrained pornography…”

However, the controversy over Lolita only fueled its popularity and sales. It had also caught the attention of the British and French governments, which had banned Lolita in 1956 (it stayed off the shelves for two years in both countries).

After some initial hesitation, Lolita was finally published in the US by GP Putnam’s Sons without any legal issues. The book received mixed reviews. Many were enthusiastic about its launch, but some remained outraged at the subject of Lolita.

Elizabeth Janeway took Lolita’s side in the New York Times “The first time I read Lolita I thought it was one of the funniest books I’d ever come upon…The second time I read it, uncut, I thought it was one of the saddest…Humbert is every man who is driven by desire, wanting his Lolita so badly that it never occurs to him to consider her as a human being, or as anything but a dream-figment made flesh…As for its pornographic content, I can think of a few volumes more likely to quench the flames of lust than this exact and immediate description of its consequences.”

Orville Prescott took the opposite side when reviewing the novel in the New York Times “Lolita, then, is undeniably news in the world of books. Unfortunately, it is bad news. There are two equally serious reasons why it isn’t worth any adult reader’s attention. The first is that it is dull, dull, dull in a pretentious, florid and archly fatuous fashion. The second is that it is repulsive….highbrow pornography…To describe such a perversion with the pervert’s enthusiasm without being disgusting is impossible”

Nevertheless, Lolita became the first book since Gone with the Wind to sell over 100,000 copies in the first three weeks. After its publication, Lolita achieved the status of a classic, becoming one of the best-known and most controversial examples of 20th century literature.

In addition to millions of readers, millions more got the chance to see the screen adaptations of Lolita, first in the 1962 film by Stanley Kubrick starring James Mason in the lead role, and the second adaptation in 1997 by Adrian Lyne, starring Jeremy Irons, Dominique Swain, and Melanie Griffith.