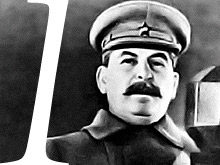 On August 1, 1943, Joseph Stalin undertook his only visit to the frontline in the heat of the World War II.

Stalin’s frequent journeys to the front, supporting Soviet soldiers by word and deed right in the trenches, was the fondest legend of Soviet propaganda in the years of the World War II. In reality, Stalin was too cautious and suspicious to put his life at such risk.

Amazingly professional and quick to respond in the years of peace, Stalin’s security squads doubled their vigilance during the war years. All major security operations were undertaken in the strictest confidentiality, with extensive campaigns based on providing disinformation to the enemy. Department #1 of the NKVD, the KGB’s predecessor, responsible for protecting the General Staff, was significantly reinforced in the first days of the war, as the front drew nearer to Moscow. Famous for his incredible suspiciousness, Stalin mistrusted the NKVD when it came to his personal security, and always had unexpected solutions for his self-protection.

Stalin’s decision to visit the front came as a surprise to his associates. He didn’t inform any of his regular security squads about the upcoming journey, but entrusted all the preparatory activities to General Ivan Serov, the Staff’s officer-in-charge.

Like others of Stalin’s closest and most reliable people, Serov already had a record of conducting unusual operations and, aware of Stalin’s love for unexpected and impulsive decisions, had developed a specific routine for it. In a few hours a special collection of guns, grenades and a substantial food supply was arranged while Serov headed for the city of Gzhatsk, where Stalin planned to reside while inspecting the [Soviet] Western front. When Stalin’s customized train arrived, carrying his armored Packard, food, and communications equipment, the location - previously uninhabited and unfit for living - had become decent accommodation in just a couple hours. As Stalin himself once noted, “properly-chosen personnel is the key to success”, he had developed a special talent for picking outstanding people for his closest circle.

When he saw an NKVD security squad of 75 guards hiding around his house, he called them off, deeming them unnecessary and threatening to attract unwanted attention. From then on he was protected solely by Serov and two drivers.

On August 3, Stalin had a meeting with the commander of the Western Front Vasily Sokolovsky.

On August 4, the special train departed south, heading to the Kalininsky front. Stalin lodged in one of the country houses in the Khoroshevo village. The elderly cottage owner was told a general would be residing in her house. Very angry about both Germans and Soviets, who kept inviting themselves to her home, she immediately fainted once told who her mysterious tenant was.

While still in Khoroshevo, Stalin received the commander of the Kalininsky Front, General Andrey Yeremenko. Though somewhat displeased by Yeremenko’s indecisive actions, Stalin’s rage vanished the moment he was informed that the cities of Oryol and Belgorod had been liberated from the Nazis. Right from the hut where he was residing, Stalin ordered that all the winning fronts salute victory with 20 salvos from 120 guns – the first salute of the war. On August 5, Stalin watched from his office window as another salute took place on Red Square in Moscow.