Grandson of Catherine the Great 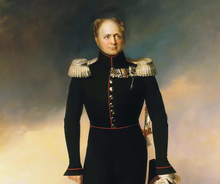 Full-dress portrait of Emperor Alexander I
(image from portrets.ru)

The eldest son of Grand Duke Paul Petrovich, later Emperor Paul I, Alexander was born in St. Petersburg on December 12, 1777. Paul’s mother, Catherine the Great, utterly disliked her son and didn’t think him capable of ruling the country. When Alexander – her first and long-awaited grandson – was born, Catherine saw him as her successor and took control of his education.

Catherine wanted to mould Alexander into an enlightened and cosmopolitan monarch. Brought up in the free-thinking spirit of her court, the young prince was well versed in European culture, history and politics. But bitter hatred between Paul and Catherine forced him to play two different roles. At court, he adhered to the principles of human rights and civil liberties, enjoyed the arts, opera and philosophy. At his father’s residence, he embraced strict military discipline and endless drills. Alexander soon turned into a natural chameleon, becoming secretive and easily changing his views and conduct to fit the circumstances.

A Tsar despite himself

Catherine’s death in 1796 brought Alexander’s father, Paul I, to the throne. But he wasn’t to reign for long. Widely unpopular among the nobility, five years later Paul fell victim of a coup. Historians still debate Alexander’s role in his father’s murder. It’s believed he gave the plot his tacit approval but didn’t think things would go beyond abdication. The news of the murder terrified him – guilt and remorse would haunt Alexander for the rest of his life.

Alexander didn’t think he was cut for the role of a monarch and dreamt of a quiet life, away from the court. Yet, in 1801, aged 23, Alexander was crowned Tsar. Good-looking and charming, the young Emperor was extremely popular. True to the ideals of his liberal schooling, he set out to reform the outdated, centralised system of government of his massive empire. He embarked on a range of social reforms, much of them drawn up by a close advisor, Mikhail Speransky. Censorship was relaxed, torture prohibited and a new law allowed peasants to buy themselves out of serfdom. Administrative, education and financial changes followed. The ambitious vision went as far as setting up a parliament and giving Russia a constitution.

As Napoleonic wars echoed in Russia, Alexander, although initially admiring Napoleon, entered an anti-French coalition. In December 1805 Austria and Russia lost the battle of Austerlitz, called Napoleon’s greatest victory. After a disastrous defeat in Poland two years later, Alexander had had enough. 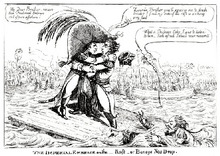 The two Emperors signed a peace treaty, allying Russia to France. But it wasn’t long before the friendship waned. On June 12, 1812 Napoleon began his fatal campaign, known in Russia as the Patriotic War. Opposing Napoleon, Alexander believed he was fulfilling a divine mission. For him it was far more than a war between two nations – it was a battle between the good and the evil.

By December, reduced to a fraction of their initial might, the French army was expelled from Russia. Two years later, with Alexander riding at their head, Russian troops made a glorious entry to Paris. This was the triumph of his reign – hailed as hero across Europe he turned into one of its most powerful monarchs. Seeing himself as Europe’s liberator and peace-maker, the Tsar became the driving force behind the Holy Alliance – a coalition of Russia, Austria and Prussia signed in 1815. Designed to counter any new revolutions and protect stability in Europe, the alliance was the first international peacekeeping organisation of sorts.

Backing down on reforms

At home, Alexander started another wave of reforms. A plan to abolish serfdom was prepared and a constitution drafted. But soon his views changed. Russian officers returning from their European campaigns brought with them ideas of freedom and wanted modernisation. But much of the nobility opposed Alexander’s plans – the Czar backed down.

Supported by his new right-hand man, Count Aleksey Arakcheev, he repealed many of his early changes, police control was reinforced and censorship tightened. One of the most disastrous projects of the time were the so-called military settlements – the villages combining military service and farming.

They were supposed to improve the soldiers’ living conditions and cut the state military spending. But their economic benefits proved poor and, forced on the unwilling peasants, they prompted frequent unrest. This period of Alexander’s reign was dubbed arakcheevshchina – derived from the name of his favourite and synonymous with reaction and oppression. 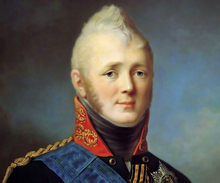 Head-and-shoulder portrait
of Alexander I (image from rulex.ru)

Alexander’s last years were filled with obsession with God and Christianity. At the end of his reign he was a troubled man, “crushed” in his own words “beneath the terrible burden of a crown”. In the autumn of 1825 on a trip to the south of Russia Alexander caught a cold which developed into typhoid. He died in the southern city of Taganrog on November 19, 1825. He was buried at the Peter and Paul Cathedral in St. Petersburg. But his sudden death caused persistent rumours that the Tsar secretly abdicated and became a monk. A legend has it that a mysterious hermit Feodor Kuzmich who appeared in Siberia in 1836 was in fact Alexander I. When the Soviet government opened his coffin in the 1920s it was found empty.

Although Alexander had a string of lovers and 9 illegitimate children, he didn’t leave an heir – his two daughters from his marriage to Louise of Baden died young. The throne was left to Alexander’s brother Nicholas I.

To his contemporaries Alexander was a riddle that each read differently. A man of the world, an actor wearing many masks, even a madman to be humoured… for some he was a man of grand qualities, while others described him as suspicious and undecided. One of the most extraordinary Russian monarchs, he went down into Russia’s history as Alexander the Blessed – the man who didn’t want to be Tsar, led Russia to one of its greatest triumphs and became a legend after death.

Alexander II Liberator Alexander II was one of Russia’s most liberal monarchs but was never popular among his people. His challenging reforms are what he’s remembered for – and what’s led him to a tragic death.