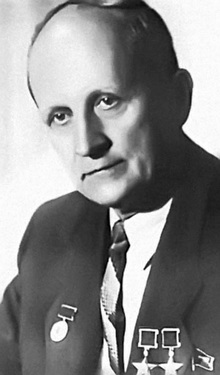 A Soviet aircraft constructor and designer, Pavel Sukhoi was one of the creators of Russian reactive and supersonic aviation and the founder of the famous Sukhoi Design Bureau (OKB Sukhoi).

Pavel Osipovich Sukhoi was born into the ordinary Russian family of a school teacher on 22 July 1895 in a small village near the city of Vitebsk in the western part of the Russian Empire (now modern Belarus). He attended the Gomel Gymnasium from 1905 to 1914. During this time the future aircraft constructor and designer saw his first airplane - a “Farman” biplane.

“I was walking with my friends from the gymnasium and suddenly an airplane flew over our heads. It was so unexpected, amazing and breathtaking! Not a bird but a real man was flying over us!” Pavel Sukhoi recalled later. After that first sighting, he developed a great interest in constructing models of airplanes and sailplanes.

After graduating from the gymnasium in 1915, Sukhoi entered the physics and mathematics faculty of the Imperial Moscow Technical School, now known as The Bauman Moscow State Technical University (BMSTU).

During WWI he served in the army but was demobilized in 1920 due to health related problems and returned to the University, graduating in 1925.

His talent stood out among other students. He was noticed by Andrey Tupolev, a pioneer of Soviet aircraft design and one of the most famous aircraft constructors. Pavel Sukhoi created his graduation work “Chasseur single-engine aircraft of 300 cv” under Andrey Tupolev’s supervision and taken into employment by TsAGI (The Central Aero Hydrodynamic Institute), which was developing the most cutting-edge aircraft technologies of the time. His first task in Tupolev’s group was the development of the now world famous heavy bombers TB-1 and TB-3. 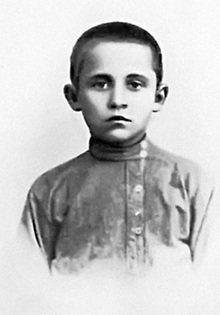 During the mid 1930s Pavel Sukhoi continued working under Tupolev’s command. He was appointed executive supervisor of the ANT-25 project, a Soviet experimental long-range aircraft. The airplane later became a legend setting numerous world records for uninterrupted long distance flights. Out of this project also came the ANT-37 “Motherland,” the first Soviet long-range bomber. Sukhoi’s design group also developed a number of other projects, including the BB-1 short-range bomber. The aircraft had an easy control system, accelerated upwards much faster than its competitors, had great maneuverability and proved to be a big success.

On 29 July 1939 Pavel Sukhoi was appointed as head of the newly emerged KB (Design Bureau). The bureau’s first task was to further develop the BB-1 project, which later became known as the Su-2. It was the first model of almost a hundred that would be developed by the world famous OKB Sukhoi (Sukhoi Design Bureau).

The BB-1 prototype was used to develop different models of bombers, attack planes and destroyers such as the Su-4 and the Su-6. These aircraft made a large contribution to the Russian victory in WW2. In 1943 Sukhoi received the USSR State Prize for his role in the development of the Su-6 bomber. 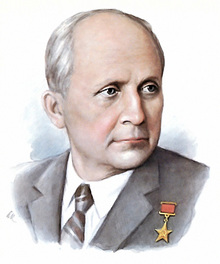 1945 was marked with a breakthrough in the aircraft design industry - reactive air engines. OKB Sukhoi developed the revolutionary Su-9 subsonic fighter, powered by two turbo reactive engines. The aircraft had a number of innovative systems such as a brake parachute for reducing landing runway distances and pilot ejection.

In 1948 OKB Sukhoi and its leading designer constructed the Su-15 subsonic interceptor. It could reach almost 1030 km/h and also had a number of innovative systems such as an airtight cabin. But due to an accident further constriction of the airplane was ceased.

In 1953-1954 Pavel Sukhoi began developing a new platform for a new generation of jetfighters. The result of this work was the S-1 prototype with a turbo reactive engine, a predecessor of a new generation of the Su-7 and the Su-9. It was the first Soviet aircraft to utilize the all-moving tail plane and a translating center body - a movable cone in the air intake for managing airflow to the engine at supersonic speeds.

In 1957 the S-1 was modified and the aircraft entered service as the Su-7 in 1959. The Sukhoi Su-7 was a swept wing turbo reactive engine powered supersonic fighter-bomber and had the NATO designated name “Fitter.” Later an afterburning version was developed and became known as the “Fitter-A.” In service for more than 20 years, it became a dominant power in the air for the Soviet Union and its allies. The Su-7 saw combat with Egypt in the Six Day War in 1967. 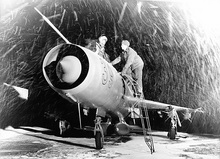 The Su-9 was developed at the same time as the Su-7 Fitter. It entered service in 1959. The Sukhoi Su 9 was a single turbo reactive engine powered all-weather missile armed supersonic interceptor and was dubbed “Fishpot” by NATO. On 4 September 1962 a modified Su-9 piloted by Vladimir Ilyshin set a new world record for absolute height at 28,852m (94,658 ft). In November of that same year Ilyushin set several new sustained speed and altitude records in the same aircraft.

Pavel Sukhoi and his design bureau paid much attention to the widening battle and tactical capabilities of developed planes. The Su-7 and the Su-9 had a huge amount of different variants and modifications. Recognizing the limitations of the Su-9 and Su-11 jets Pavel Sukhoi looked to rapidly progressing new technologies and began to focus on the new heavily revised and more capable aircrafts, the Su-15 and the Su-17. These planes were equipped with the most advanced technologies of the time.

Pavel Sukhoi and his OKB, in alliance with TsAGI, worked on variable geometry wing technology. The Su-17 had this revolutionary innovation. It greatly increased the tactical and battle capabilities of attack aircraft. These types of jets were much more reliable, safer, had better maneuverability and a number of other vital advantages. The Soviet air construction industry, mainly driven by Pavel Sukhoi, was entering the new era of the supersonic fighter. The result was the Su-24, the Su-25 and the Su-27 Flanker. The Su-27 is still in service today. The aircraft most often flies air superiority missions but is able to perform almost all combat operations as well.

Overall more than 50 original aircraft constructions were developed by Pavel Sukhoi. More than 30 of them were assembled. Numerous world records were set by the Su aircrafts. For his achievements in aviation Pavel Sikhoi was awarded with the Lenin Prize, two State Prizes and the honorary title of Hero of Socialist Labor.

Pavel Osipovich Sukhoi died on 15 September 1975. In honor of his achievements a street in the Russian capital is named after him. 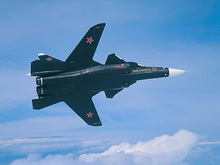 Apart from the development of military aircraft, the Sukhoi Company is also the manufacturer of a civilian regional airliner known as the Sukhoi Superjet 100, which has been flying since 19 May 2008.