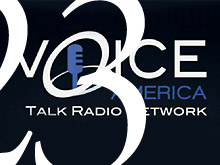 On May 23, 1987, the jamming of the Voice of America radio station was discontinued, followed by a general jamming lift in November of 1988.

Universally referred to as the 'enemy voices' were the Russian-speaking foreign radio stations, which broadcast to Soviet territory, such as Voice of America and Radio Liberty of the United States, BBC Russia of the UK, Deutsche Welle of Germany, and other stations of a similar persuasion. Though introduced to the Soviet Union in the 1930s, it was not until the end of WWII that they had came to be regarded as one of the strongest propaganda devices in the years of the Cold War, and were seen as a threat to the Soviet system.

Voice of America (VOA) was the second to enter Soviet territory on February 13, 1947, right after BBC Russia. As of March 1, 1953, shortly after Stalin’s death, Radio Liberty appeared, the most dreaded by the Soviet authorities.

VOA had hardly gone on the air when massive jamming was initiated by the USSR. It was targeted at VOA, starting February 3, 1948. The noises were generated by an intricate jamming system, officially labeled as 'radioprotection.' Like any other matters of state security, the jamming was never openly discussed.

The pretext for jamming was an incident with a Soviet employee who jumped out of the window of the Soviet school in New York, an event which had gotten a lot of radio coverage on VOA, and spawned a lot of rumors afterwards.

The jamming venture was a matter of state importance. Overseen by the ministry of communication, with the support of the Communist Party Central Committee, an extensive radio jamming system was built throughout the entire Soviet Union.

Eventually jamming developed into a true monster, the greatest jamming network in the world. To block out the most 'anti-Soviet' stations, such as Radio Liberty, a wide spectrum of electronically generated noise signals was used. In 1964, a new source of interference was devised – Radio Mayak, transmitted in FM mode – to jam some "grey propaganda" stations such as VOA, BBC, and Deutsche Welle. In 1976, the Soviets had reached a more advanced level, introducing a speech-resembling signal. Its advantage was that it conformed to the timbre of the human voice. This jamming sound was composed of two voices – a male and a female Russian announcer. This jamming device was very effective, as distinguishing between the original text of the jammed station and the jamming itself became almost impossible.

The programs of the foreign radio stations were very popular with people as an alternative source of information that was opposed to the Soviet propaganda. The audience of the Voice of America was the largest in the Soviet Union – in the 1980s, it exceeded 30 million people, mostly intelligentsia and youth attracted by the chance to catch up with the latest news and top Western music hits.

People managed to find ways to hear the 'enemy voices.' Short-wave receivers were the most convenient way to tune to the forbidden radio stations, but they were a lot more expensive, and in the 1970s, they disappeared from the domestic market entirely. Another way to listen to VOA and others was in the fields or in the countryside, as the jammers were not powerful enough to cover the entire territory.

Voice of America was a milder version of American propaganda radio, so at times of a thaw in American-Soviet relations, the jamming was twice temporarily suspended. First, when Nikita Khrushchev visited the United States in 1959, and when John Kennedy made an address calling for the end of the Cold War in 1963.

In the first year of Perestroika, the jamming was still a common occurrence. However, Mikhail Gorbachev realized such actions contradicted the glasnost policy. The first station to be freed from jamming was the Voice of America. A year later, on the evening of November 29, 1988 the Soviet Union ceased to jam all foreign radio stations.