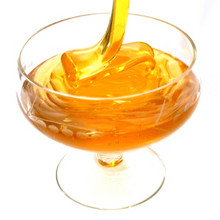 Medovukha is a honey-based alcoholic drink – stronger and stouter than beer and weaker than wine. It consists of honey and yeast. Berries, hop, herbs, spices and roots may also be used as additives. It was originally popular with the nobility – and later with ordinary folks – in the many European cultures where it was known under the name of “mead.” A similar word has been found in the ancient Indo-European language - “meddhe” meaning “honey.”

The history of medovukha – its rise and fall – goes back a long way. The ancestors of the Russians – the Old Slavs (especially the ones that lived in the north of the country) were always looking for foods that would help them survive in the dense forest. They came to realize that honey from bees was a good source of sustenance. So honey hunting became one of the crafts Slavs excelled at. They soon noticed a fermented liquid on top of the stored honey. They drank it and found it tasty – it kept them in a jolly good mood for some time. The only problem was that the fermentation process was long – it took from five to twenty years to produce medovukha (with some types of honey it took up to the fifty years to produce a decent drink). All this made medovukha expensive. It was the everyday stuff of nobility.

Then, in the 11th century, some clever individual decided to heat the honey mixture and discovered that it was possible to speed up the fermentation process. Medovukha thus became available to common folk as well. In the 14th century – with the invention of the distillation tank - the process became even faster.

Ancient Slavs used the drink mainly for rituals and festivities. A typical Slavic feast usually began with an offering of medovukha to the gods. Only after that was is possible to drink and eat. Finns in the north considered medovukha a drink with magic powers – they believed that it could resurrect a person. 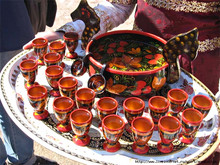 Medovukha was also a traditional drink at weddings. According to historians, the bride and groom were supposed to drink “weak medovukha” for one month starting from their wedding day. People believed that this would help in the conception of a baby boy. Other researchers state that young couples were presented with a one-pound barrel of honey that they were supposed to eat for the whole month. This is where the expression “medovy mesyats” (honeymoon or, to be more precise, honey month) is believed to come from.

Some of the best medovukha producers in Russia were monks. At the beginning of the 16th century the Moscow Prince Vasily III assigned medovukha production strictly to the church and the state; private production was prohibited. It was one of the first examples of a state monopoly on alcohol. But one hundred years before that Slavic nations (mainly Poles) had already started to experiment with producing alcohol from grains and potatoes. Thus, medovukha had a “rival” – vodka. During the time of Peter the Great  (the beginning of the 18th century) the glory of medovukha started to wane, as vodka became the preferred drink at festivities. During this period many ancient recipes were lost. So many engineers, as well as the businessmen who wanted to restore production on a mass scale, began to experiment with new formulas.

At the end of the 1990s many regions in the Russian Federation started to support honey production. At the vanguard of the process were businessmen from the surrounding areas of Moscow - like Suzdal, Sergiev Posad and Kolomna - that are famous for their monasteries and churches.

Most modern medovukha producers are proud that their beverages are made only from natural ingredients. They process the honey with special fermenting equipment and then they blend it with distilled water. However, there are some producers who prefer to use concentrates instead of natural honey – in this case medovukha loses its authentic taste.

Today in Russia you may see lots of vodka bottles with “medovukha” written on the label (both in Russian and English). But beware: when you see this “brand” it is not medovukha – it is just honey-flavored vodka.

Thanks to the efforts of modern Russian businessmen medovukha is now sold in special honey sections of shops in all parts of the Russian Federation. The drink has recently been taken on board by some fast food chains that specialize in Russian cuisine. So medovukha, either bottled or on tap, is slowly becoming a feature in many food courts around the country.

There’s also an alcohol-free version of medovukha that has become a sought-after item among the elderly and those who follow a healthy way of life. Some medovukha “fans” even get a little carried away – they believe that the drink can cure almost everything. 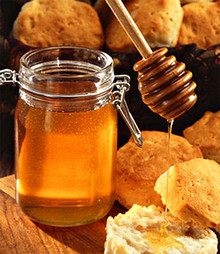 Here are some of their “amazing discoveries”:

If you decide to follow these “guidelines” remember that they are just personal observations that have not been tested by doctors.