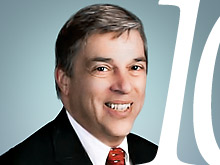 On May 10, 2002, a veteran FBI agent Robert Hanssen was sentenced to life in prison for spying for the Soviet Union for over 20 years. During that period, Hanssen had given Russia and the former Soviet Union hundreds of top secret documents, including the names of at least three KGB officers secretly working with the US, and details of a secret tunnel underneath the USSR embassy in Washington.

He was arrested at a park in February 2001 as he was cautiously placing a package containing highly classified information at a site to be picked up by his Russian contact agent. Hanssen was charged with espionage; a violation that carried the maximum penalty, capital punishment. Investigators had discovered that he volunteered to spy for the KGB back in 1985, although some evidence shows that he may have begun as far back as 1979. Over that time period, he received more than $1.4 million in money and diamonds for his work. However, Hanssen was able to avoid the death penalty as he reached a settlement with the US government. Under its terms, he had to render in-depth assistance at the inquest. Further investigations and what Hanssen had revealed astonished his fellow FBI agents and the US government.

Hanssen had effectively used his training and expertise as a counterintelligence agent as a spy. Throughout all his work as a double agent, he never visited Russia. More importantly, he was never in direct contact with representatives from the Russian secret service, who only knew him as “Ramon” (a code name he had given himself). His system of communication was quite original. On a fixed date in one of the local papers appeared an everyday 'car for sale' advertisement. Hanssen got in contact on the telephone number specified, after which he was instructed where and when he could receive his regular cash and a cipher message.

Damage caused by Hanssen passing information to the Soviet Union was beginning to grow as the investigation continued. Among thousands of pages from top secret documents, Hanssen had also disclosed that the United States government constructed a secret tunnel under the USSR embassy in Washington to eavesdrop. With the help of Hanssen it was discovered that the construction had cost the US several hundred million dollars, making it the most expensive secret that he betrayed.

Because of his top position, Hanssen had direct access to information on secret operations. According to Hanssen’s superior officer, “Robert was among those people in the bureau who knew all about counterintelligence operations, and if the Russian’s were aware of this information as well – that is terrible.”

Hanssen’s personal life appeared quite normal. He lived a happy and modest family life with his wife Bonnie, who worked as a teacher in the local catholic school, and their six kids. Nevertheless some details about her husbands’ double life Bonnie had known about, and shortly after her husband was sentenced, she broke her silence and gave her first interview to journalists. She admitted to have suspected him of spying back in 1979, but Hanssen was able to convince her that he was 'deceiving' the Russians by giving them false information.

Hanssen is now serving his life sentence, without the possibility of parole, in a high security prison in Colorado, where he spends 23 hours a day in solitary confinement. His activities have been described as "possibly the worst intelligence disaster in US history."