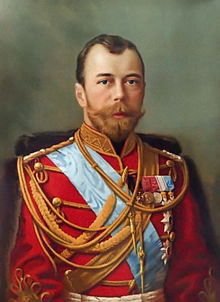 Nicholas II was the last Emperor of Russia.

Born 6 May 1868, Nicholas was the oldest son of Tsar Alexander III and his wife Maria Feodorovna. His parents took particular trouble over his education. Nicholas was taught by outstanding Russian academics at home, he knew several languages and had a wide knowledge of history, and he also quickly grasped military science. His father personally guided his education, which was strictly based on religion. Nicholas ascended the throne at age 26 after the unexpected death of his father in 1894. Although a well educated man, he felt unprepared for the hard task as the ruler of the Russian empire, he was not properly prepared to officiate as a monarch and was not fully introduced to top affairs of the state. Nicholas's reign was marked by tragedy from the very beginning. A national celebration to honor the formal coronation of the new tsar turned into a disaster. Overcrowding resulted in a stampede and hundreds of people were crushed to death.

Shortly after the death of his father, Nicholas married the German Princess Alix of Hesse who, after taking the Orthodox faith took the name of Alexandra Feodorovna. Their union was a rare one among royal families in that they married “for love” and Nicholas was a devoted husband throughout their life together. Alexandra bared him five children: Olga, Tatyana, Maria, Anastasia and Aleksey, the only male heir to the throne. Aleksey was diagnosed with a life threatening illness, hemophilia. In 1905 a so called 'holy man' named Grigory Rasputin was presented at the palace. He was the only one who was mysteriously able to help ease their son’s pain. Despite Rasputin's well documented stories of drinking and womanizing, Alexandra absolutely believed that Rasputin was sent to the royal family by God and soon he exerted a powerful influence over the tsar and tsarina advising them on state matters. 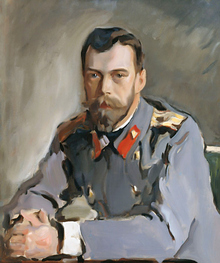 Nicholas was a confirmed autocrat, much like his father. In a speech made in January 1895 he said: “Let them (the people) know that I, devoting all my efforts to the prosperity of the nation, will preserve the principles of autocracy as firmly and unswervingly as my late father of imperishable memory.” But Nicholas did not inherit the strong will of his father and mostly continued the work his predecessors had started which brought rapid economical and trade growth. Devoted to his wife he was influenced by Alexandra, who shared his views on government and country and truly believed that autocracy was for the good of Russia and must be preserved at all costs.

In 1904, Nicholas took his country into war with Japan. Russia's embarrassing defeat ruined the monarchy's prestige among all sectors of society, the nobility and the peasants, leading to a revolution in 1905 and to an event that became known as Bloody Sunday. Unarmed crowds demanding radical constitutional and social reforms were shot down by the tsar's army near his palace. This set off more riots and strikes throughout Russia. To ease the wave of opposition and regain support Nicholas created a parliament, the State Duma, Russia's first nationally elected representative assembly to give the people a voice. 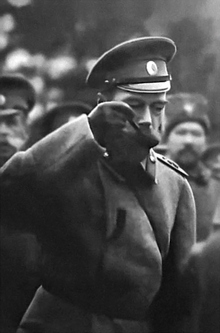 However, unrest continued and in 1914 Nicholas felt obligated to prevent a German invasion of Europe and took Russia into World War One. He personally took command of the army and left Alexandra in charge. The Russian army suffered heavy loses and was defeated, resulting in a political crisis. Soaring prices and food shortages strained relations between the government and the common people, who had come to hate the ongoing war and blamed Nicholas for it. In 1917 a strike movement against the tsar broke out and even spread to the army. Abandoned by his generals Nicholas was eventually forced to abdicate, and all the power was transferred to the Provisional Government.

Nicholas was arrested by order of the revolutionary government of Russia and was confined with his family within the royal residence at the Alexander Palace. At the time, the power of the Bolsheviks was growing as they prevailed over the other major revolutionary groups. They soon overthrew the temporary government. To prevent Nicholas and his family from fleeing abroad, the imperial family were exiled, first to Tobolsk and then to Yekaterinburg to the Ipatiev House. It became their prison, the house was fenced and large boards covered the windows, they were constantly guarded by Bolshevik soldiers who humiliated and insulted them. On the night of 17 July 1918 the Bolshevik Party, who had taken control after the revolution, 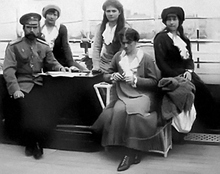 executed the royal family to eliminate any possibility of restoring the tsar to the throne. Nicholas II and his family - his wife Tsarina Alexandra and their five children - the oldest at the time was 22 and the youngest 13 - were led to the basement of the Ipatiev House and shot by a firing squad.

Rumors persisted for a long time that two of the children, Anastasia and Aleksey, survived. Those hopes were strengthened when in 1991, the bodies of the Romanov family were found, but the remains of Anastasia and Aleksey were not among them. Over the years many have come forward and claimed that they were Nicholas's children, but a nearby grave discovered in 2007 proved that the bones inside are those of the missing children, ending the mystery.

Grigory Orlov Grigory Orlov was a Russian statesman and favorite of Catherine the Great who organized the coup to place her on the Russian throne and subsequently helped the Empress rule the country.