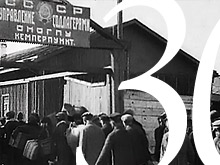 On July 30, 1937, the NKVD – predecessor of the KGB – issued a decree introducing “troikas” (“trios” in Russian). This was a compressed trial, which could be undertaken in about two days and performed by only three people: the head of the regional NKVD department, the local Communist Party Secretary, and a prosecutor. The procedure was specifically created for convicting so-called “Anti-Soviet elements”. These included private property owners, members of anti-Soviet political parties, members of the White Guard, imperial police services, and clergy. In other words, social groups deemed the most dangerous for the Communist Party.

The decree stated that “grounds for execution are the excerpt from the protocol, authorized by the troika, handed personally to the executioner, with all the information on the case remaining strictly confidential.”

The decision-making process could take several minutes. The word “murder” was deliberately avoided in the paperwork, substituted by the VMN acronym, which stands for “death penalty” in Russian (“vysshaya mera nakazaniya”). The average protocol legalizing an execution was very laconic and read, “Charge: ASA (anti-Soviet propaganda). Verdict: VMN”.

The execution was performed according to quotas, assigned to every region. If the troika ran out of people to execute, they did their best to find more victims to complete the plan, since non-compliance could cost them their life as well. The Communist Party, however, only welcomed such requests and eagerly extended quotas to desirable numbers.

According to the decree, half of the repressed were assigned to die through the firing squad, while the rest were doomed to spend from 8 to 10 years in concentration camps. When both parents were either executed or sent to camps, their children – even newborn babies - were also sentenced to as many as 10 years in prison, and placed into orphanages. The total numbers of people assigned for mass repressions through troikas was an estimated 268,950, with 75,950 assigned for slaughter.

The accusations could be most ridiculous, from possessing the most insignificant piece of private property or a wry glance on Stalin’s portrait.

While repressions were sweeping across the country, such mass slaughter needed to be justified in the eyes of the people, so huge propaganda campaigns unveiled, condemning proprietors and “anti-Soviet” elements, who were said to be even more dangerous for the country than actual criminals. Most of the people didn’t believe what they were told; it was fear for their own lives and families that sometimes drove them either to tell on their neighbors or co-workers to the authorities, or simply to ignore the injustice. There were others, however, brainwashed from their childhood, who truly believed in the happy communist future and betrayed people, sincerely hoping they had done their best to help Stalin fight the enemies.

Newspapers cited letters from Soviet teenagers, praising Nikolay Yezhov, the then-NKVD head and Stalin’s right-hand man, “Dear comrade Yezhov! Yesterday in the newspaper we read the verdict for a crowd of pitiful proprietors, spies and murderers. From all of us – a big thank you for that!”

Pionerskaya Pravda, the legendary teenage sounding board, published the poem by Jambul Jabaev, the hymn of the repression propaganda:

Thank you, comrade Yezhov, for your vigilant care

And protecting our land from the enemy’s snare.

Interestingly enough, there was a rule that sick people were not allowed to be executed before they were cured, and when Yezhov himself was eventually convicted, he got so scared, he had a fever, and the execution was delayed until he was well again.

Until the troikas were done away with on November 17, 1938, the country saw a surge of repressions in 1937-1938, as troika activity added up to existing multiple political cases and courts martial.